Plotting the Urban Body Florence is an investigation of energy in Florence's urban space.

It was early summer 2020 when we invited Maria Pecchioli to conceive a Florentine chapter of Plotting the Urban Body, a project that has taken her from Asia to the Americas to study energy flows in and around urban spaces from a speculative and poetic approach to Chinese medicine. We had emerged from the first months of isolation and Plotting the Urban Body Florence was born under the auspices of going performative and public. After months of solitary walks, MEETs from our kitchens and field recording sessions, because of the pandemic, we began to think of other formats and other ways to work together.

PTUB Firenze's research has thus resulted in the production of a podcast that is a sound walk, a documentary, an exercise in meditation. The itinerary Water - North - Rifredi is the first episode of a journey in stages in which the five Taoist elements - wood, fire, metal, earth, water - are translated into instruments of navigation and narrative devices.

Nord - Acqua - Rifredi is a sound composition and narrative plot made up of archive materials, personal memories, collective history and field recordings. The journey originates from Rifredi, the neighborhood where Maria was born and has now returned to live: the processes of transformation or stasis of the city are reflected in individual and collective changes.

The itinerary crosses Rifredi, North-West of Florence, a historically rural area which, between the end of the 19th Century and the beginning of the 20th Century, witnessed the settlement of small and large industries - including Officine Galileo and the Pignone foundry, as well as the Istituto Chimico Farmaceutico and the Macelli (Slaughterhouses) - and grew into a working-class and popular district, the center of an active, supportive and vital community.

Like a stream, the itinerary flows through the gardens of the Montughi hill to descend westward, to Poggetto, where in 1945 some managers, workers and employees of Officine Galileo founded FLOG - Fondazione Lavoratori Officine Galileo: its first raison d'être was to entertain and practice sport. We pass by the concrete skeleton of the so-called monster of Poggetto - a construction site in Via Burci that was abandoned more than 20 years ago - and we continue downstream, to the Matteotti Elementary School and then, along Via Maestri del Lavoro, we arrive at the Ex Meccanotessile of Officine Galileo. This former industrial site has been at the center of the city's debate for years: after many politicians' and campaigns' promises, today is under redevelopment. But above all, for Maria and a generation of then 20-year-olds, it is a place that is linked to 2003 European Social Forum and the activists' network Odissea per lo spazio. 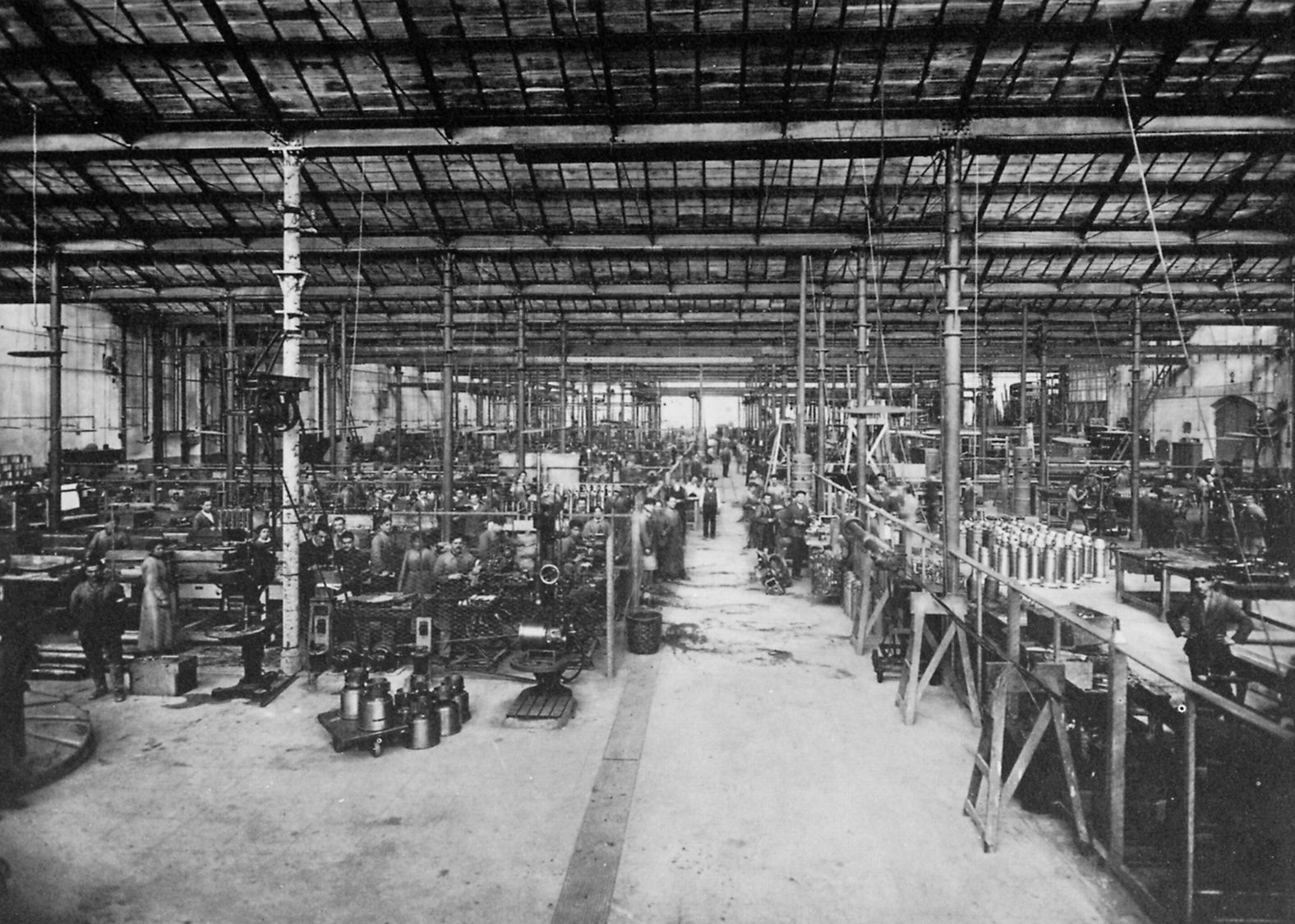 Here we meet Biomechanical Venus, a five-meter high anthropomorphic sculpture. It was built in 40 days, during the occupation of the Officine Galileo's empty galleries that were supposed to host Firenze's new museum of contemporary art. The Biomechanical Venus became the symbol of a citizenship ready to create and share images and imagineries between art and activism.

Since 2003 the Biomechanical Venus resides in this abandoned building. In view of the near future of the entire complex, a petition on change.org proposes that it remain there. "I ask you to recognize the generative and self-determining power that I represent by granting me the value of Monument to Contemporaneity and placing me permanently within the area." - VENUS

We invite you then to listen to the Itinerary Water - North - Rifredi and please, remeber to read, subscribe and share the petition on change.org! 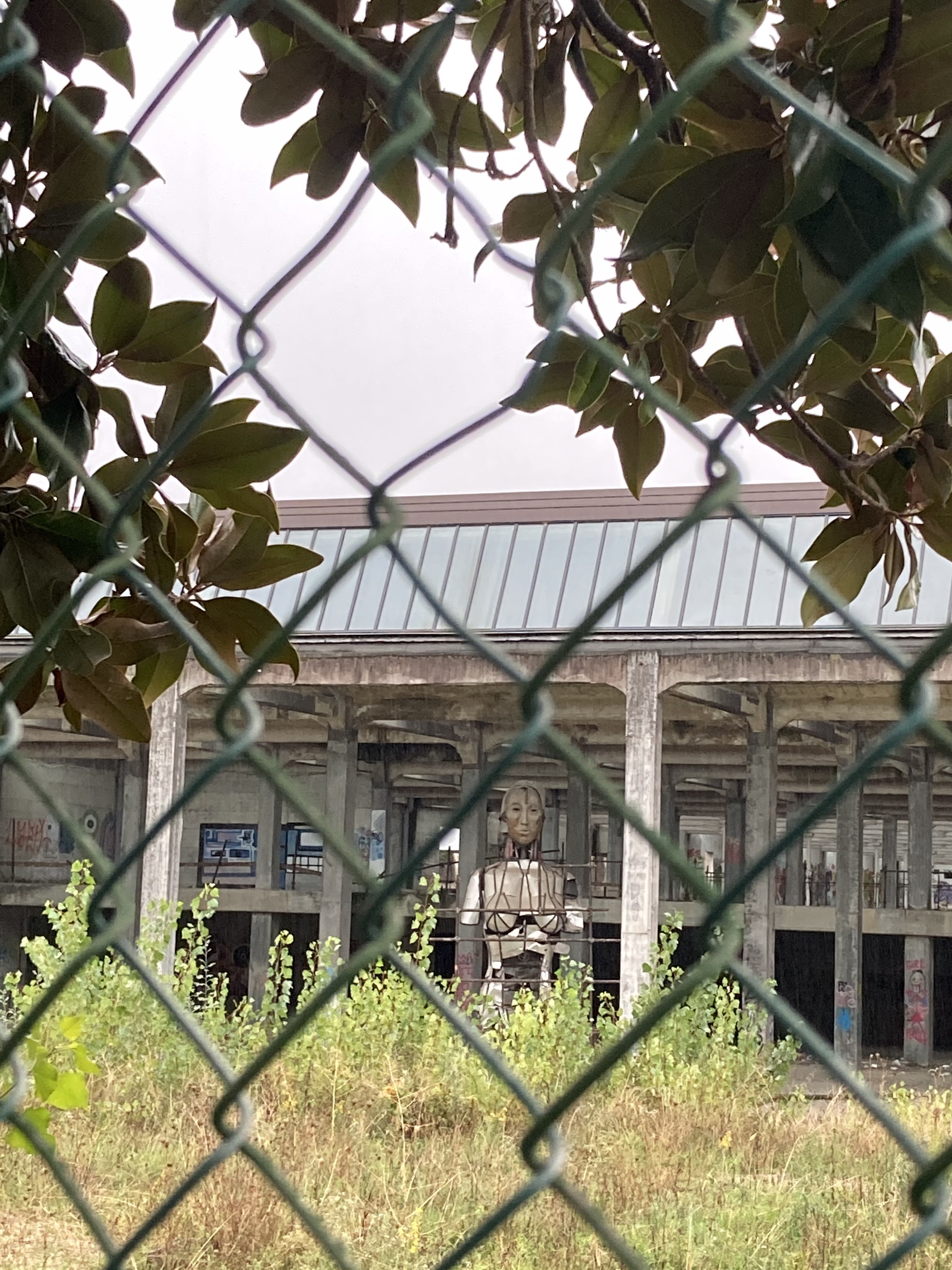 Maria Pecchioli is an artist based in Florence, IT. Her artistic research is focussing on the body as a tool for investigating political and ethical contexts activating social and aesthetic practices. Recent projects are related to queer culture, gender issues. She adopts different aesthetic languages to compose a body of work based on engagement, self care, and community building. She intends this process as an intimate and public form of resilience.

She is the co-founder of Radical Intention (2009), a research-driven group expaning the horizon of possibilities for collective experience and actions focussing on the affinity between the socio-political and artistic practice. She is a co-founder of Fosca art collective (2006) and since 2010 she manages Corniolo Art Platform, an interdisciplinary residency aimed at practising conviviality as an art form in Mugello, IT.

Plotting the Urban Body Firenze is possible thanks to the support of Comune di Firenze, Città Metropolitana, Fondazione CR Firenze and the collaboration of De Fabriek | Eindhoven.