Walter Mignolo | From the Global Linear Thinking to a Multipolar World

Reporting from the symposium 'Unmapping the Renaissance'

Walter Mignolo - professor at Duke University - has published extensively on semiotics and literary theory, and worked on different aspects of the modern and colonial world, exploring concepts such as global coloniality, the geopolitics of knowledge, transmodernity, border thinking, and pluriversality. 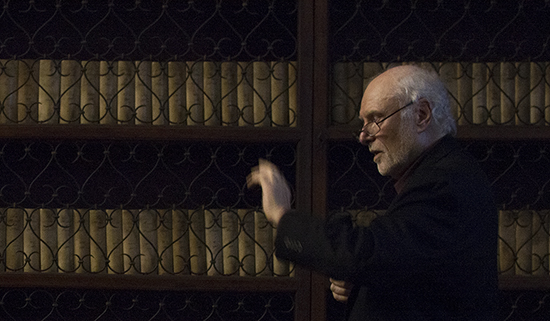 Twenty years after his seminal book The darker side of Renaissance, he inaugurated the Unmapping the Renaissance Symposium - initiated and organized by Mariechen Danz (artist), Angelika Stepken (Villa Romana, Florence) and Eva-Maria Troelenberg (Max Planck Research Group at the Kunsthistorisches Institut in Florenz) - tracing a line between the global linear thinking - the historical foundation of Western imperialism, where the world is structured and mapped by European interests - to the multipolar world order, where we witness the re-emergence of the non-European world and of diverse and multiple racial, religious, economical, political identities. No matter what is the level, legal or illegal, of such phenomena. Just to mention a few evidences, let's talk about Indigenous People and the Afro organizations in the Americas: they are remapping their space and reclaiming back their belonging to pre-Latin America Abya Yala and Gran Comarca.

The mapping of space has been always intertwined with the colonization of time - Mingolo says - the very one concept of Renaissance would have not been possible without the Middle Age and Antiquity labels. While Europe was remapping the world becoming the centre of the world, it was placing itself at the very present of time, literally stealing the memory of the others, stealing their artifacts, controlling the knowledge through the language and last, but not least, colonizing their cosmological spaces. Shortly, imposing its own egemony and truth without parentheses.

Our conversation with Walter Mignolo went on and on, put your headphone on and let yourselves into his reflections around multipolarity, border thinking coloniality and postcoloniality.

The interview is accompanied by Olivier Barrett's and Eli Keszler's live concerts at Café OTO, London, available on freemusicarchive.org.