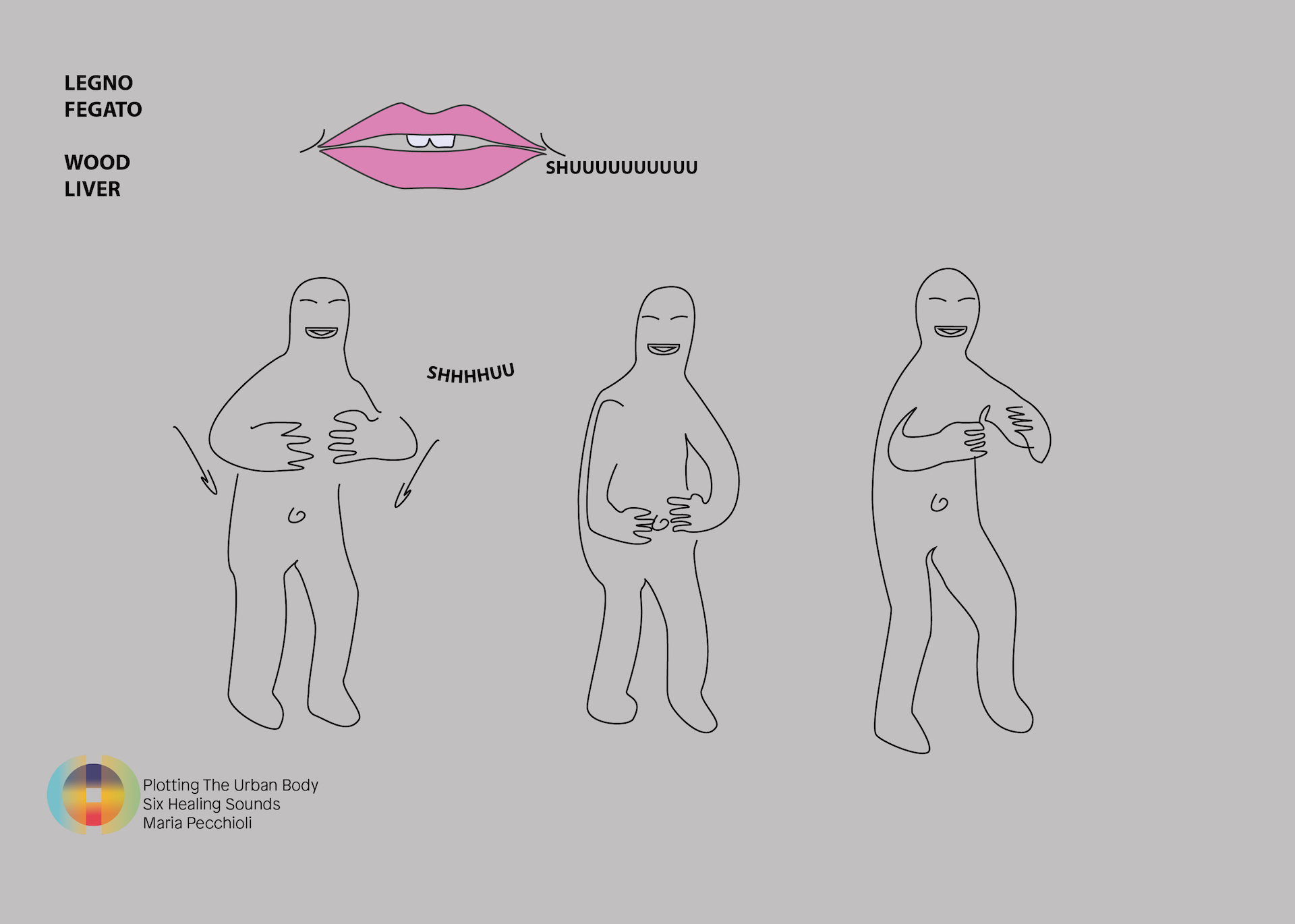 Six Healing Sounds is a six-episode podcast ​​that consists in a series of practices to be performed either at home or around the city, which reinterpret an ancient section of Chinese qi gong (氣功). It is part of Plotting the Urban Body, a project Maria Pecchioli has been carrying on since 2012 in different cities. This series was produced with the support of De Fabriek | Eindhoven for 'Queen of my castle', a research project curated by Alessandra Saviotti.

As Alessandra Saviotti writes, "it brought her to observe how energy is distributed within the urban environment, using traditional Chinese medicine as a diagnostic tool. Through rituals and performances in the public space, Plotting the Urban Body has been constantly evolving in a set of maps, sonic traces, instructions and physical exercises that seek to unpack the transformation of the city intended as a complex organism comprehending the totality of the living beings, as well as their energetic fields. 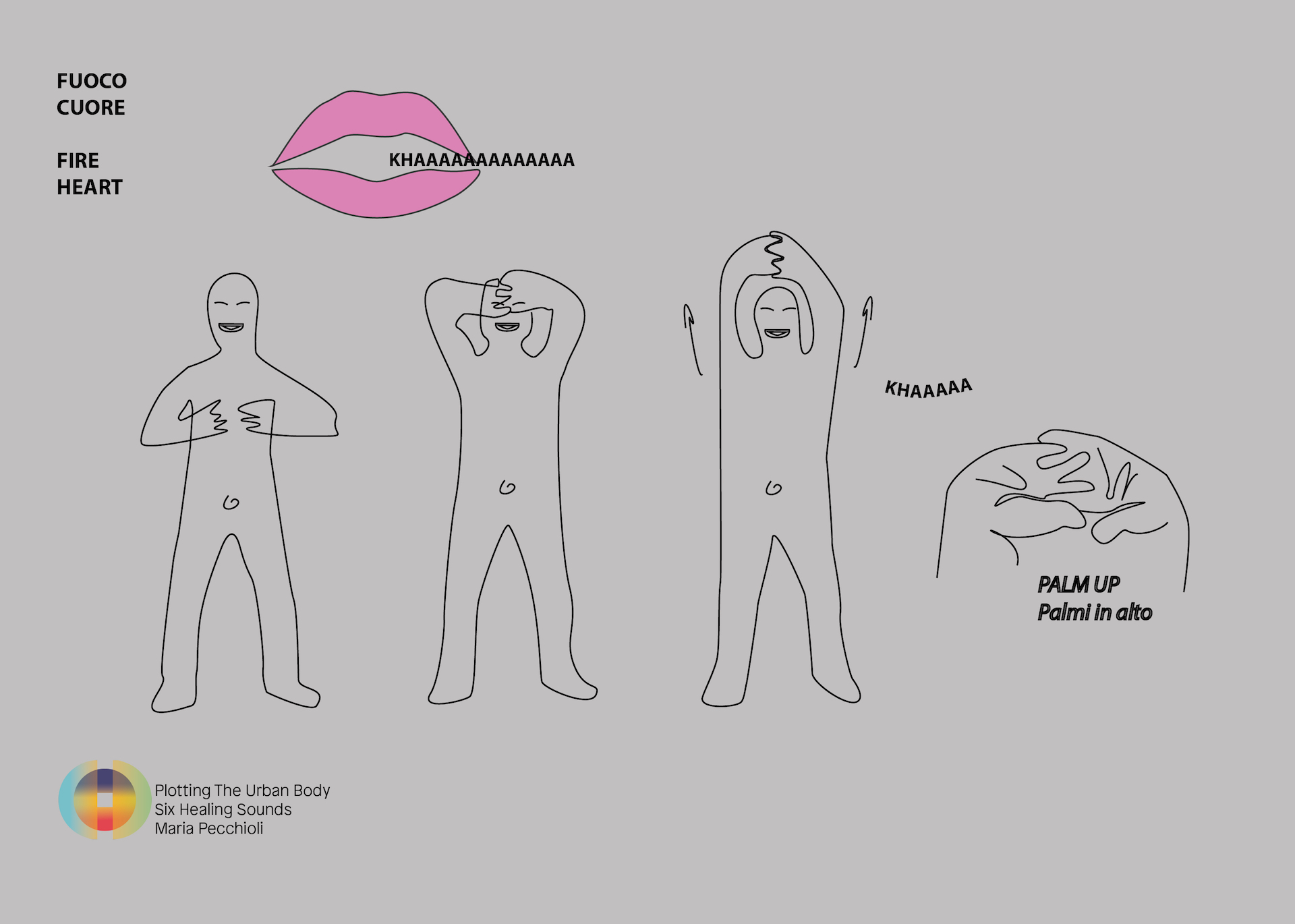 The Six Healing Sounds' practice is based on the combination of gentle movement, breathing, sound and meditation, where the power of sound frequencies flowing through the organs, helps the body's relaxation and healing. Maria appropriates and expands this millennia-old practice through the means of art and translates it into a practice which becomes a key to access the complex network of relationships between human bodies and the urban environment".

The practice Maria Pecchioli is sharing with us, revists the six healing sounds’ sequence: an ancient section of qi gong, based on the power of sound frequencies. The voice vibrations promote healing for the organs and the body. Each sound corresponds to a cosmological element, 2 organs, a season, a color and different emotions. 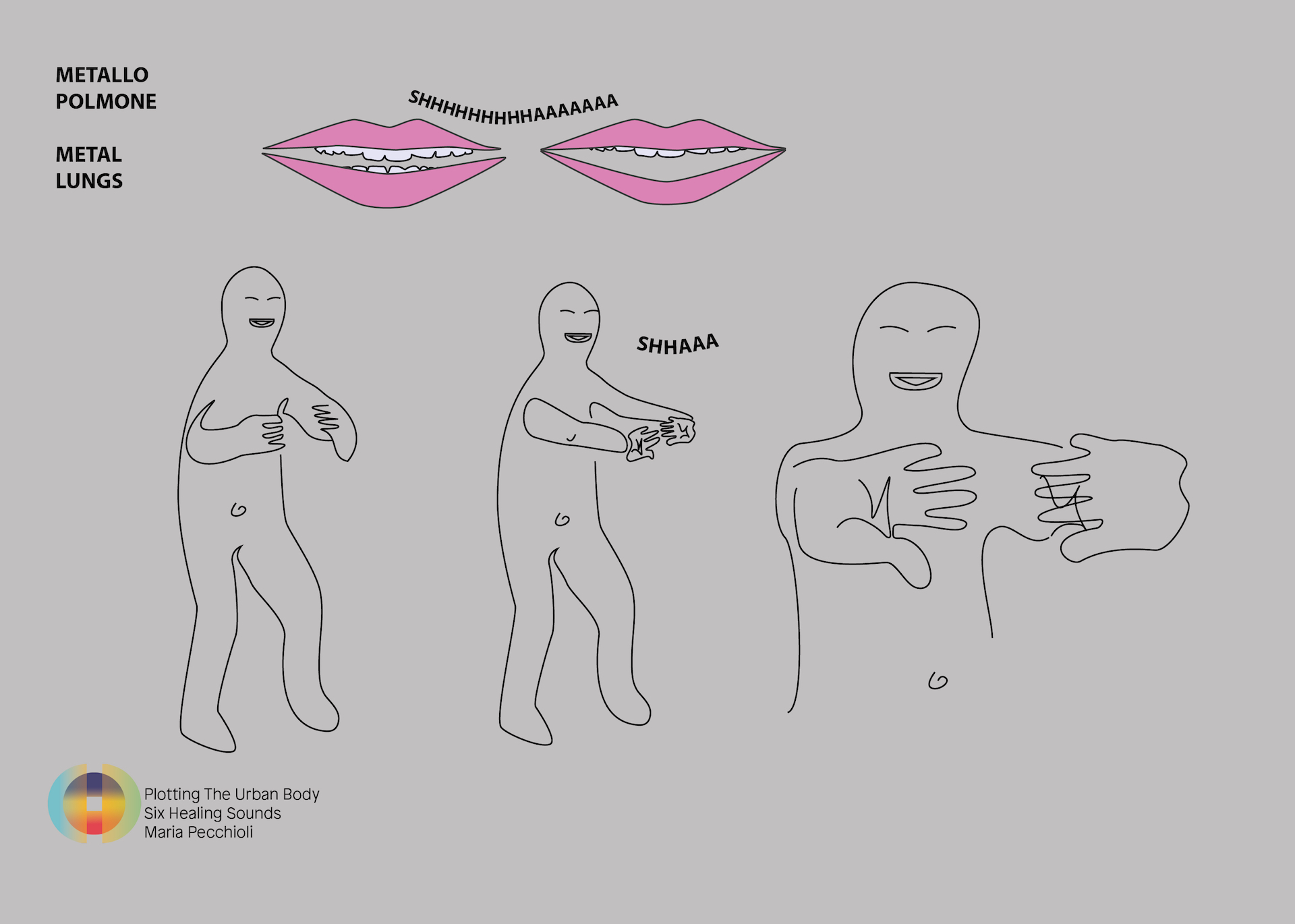 The sequence of sounds you are going to perform, follows the generative cycle of 5 elements, one after the others, following this order: Wood - Fire - Earth - Metal - Water. The sixth sound corresponds to the Triple Warmer, a protective energy that harmonizes the body.

Let's start and remember that even punk and harcore singers need to breathe, that sumo wrestlers stick to the most strict diet, and that opposites attract. You might be even surprised to enjoy something unusual and to take advantage of it... 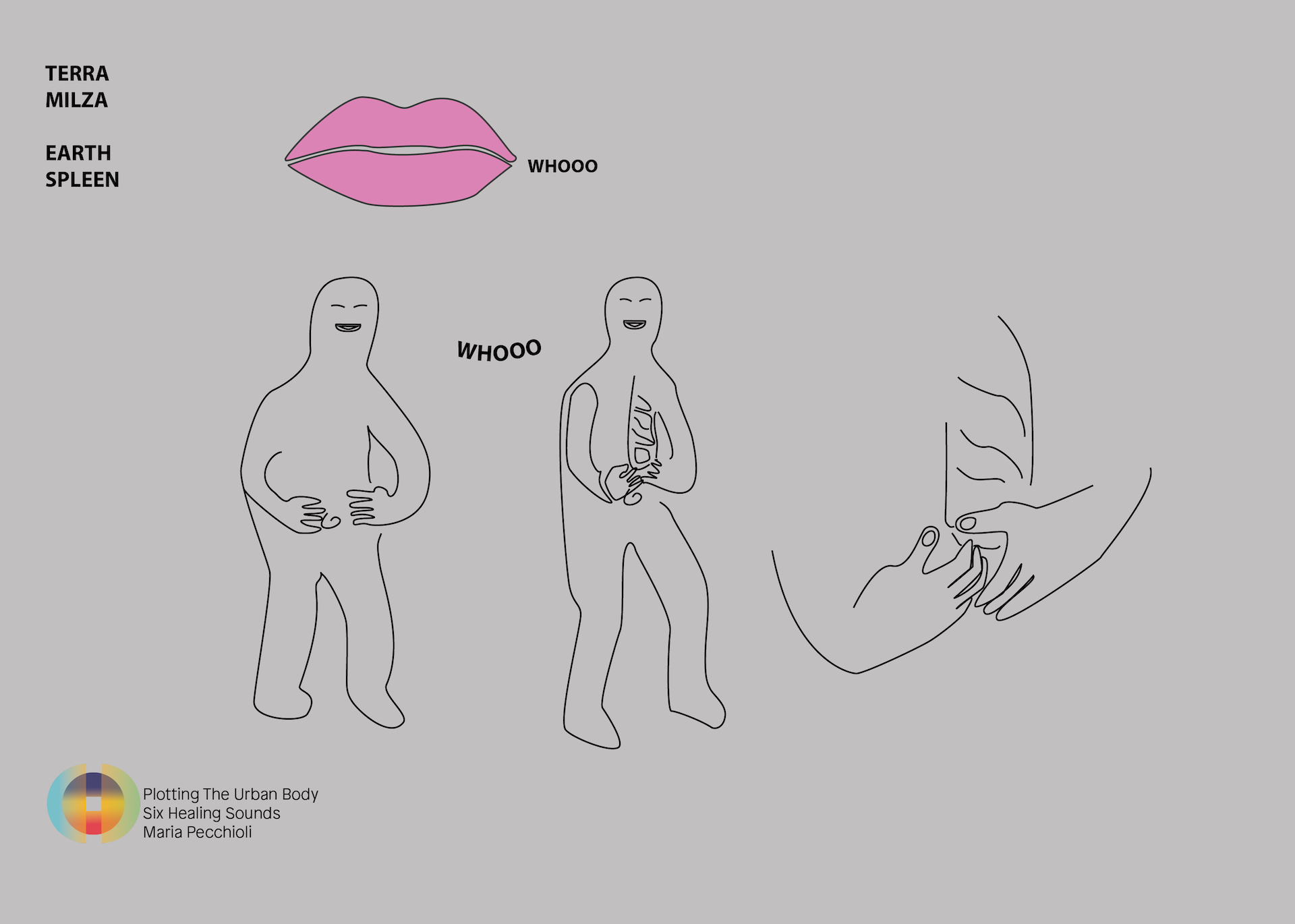 Maria Pecchioli is an artist based in Florence, IT. Her artistic research is focussing on the body as a tool for investigating political and ethical contexts activating social and aesthetic practices. Recent projects are related to queer culture, gender issues. She adopts different aesthetic languages to compose a body of work based on engagement, self care, and community building. She intends this process as an intimate and public form of resilience.

She is the co-founder of Radical Intention (2009), a research-driven group expaning the horizon of possibilities for collective experience and actions focussing on the affinity between the socio-political and artistic practice. She is a co-founder of Fosca art collective (2006) and since 2010 she manages Corniolo Art Platform, an interdisciplinary residency aimed at practising conviviality as an art form in Mugello, IT. 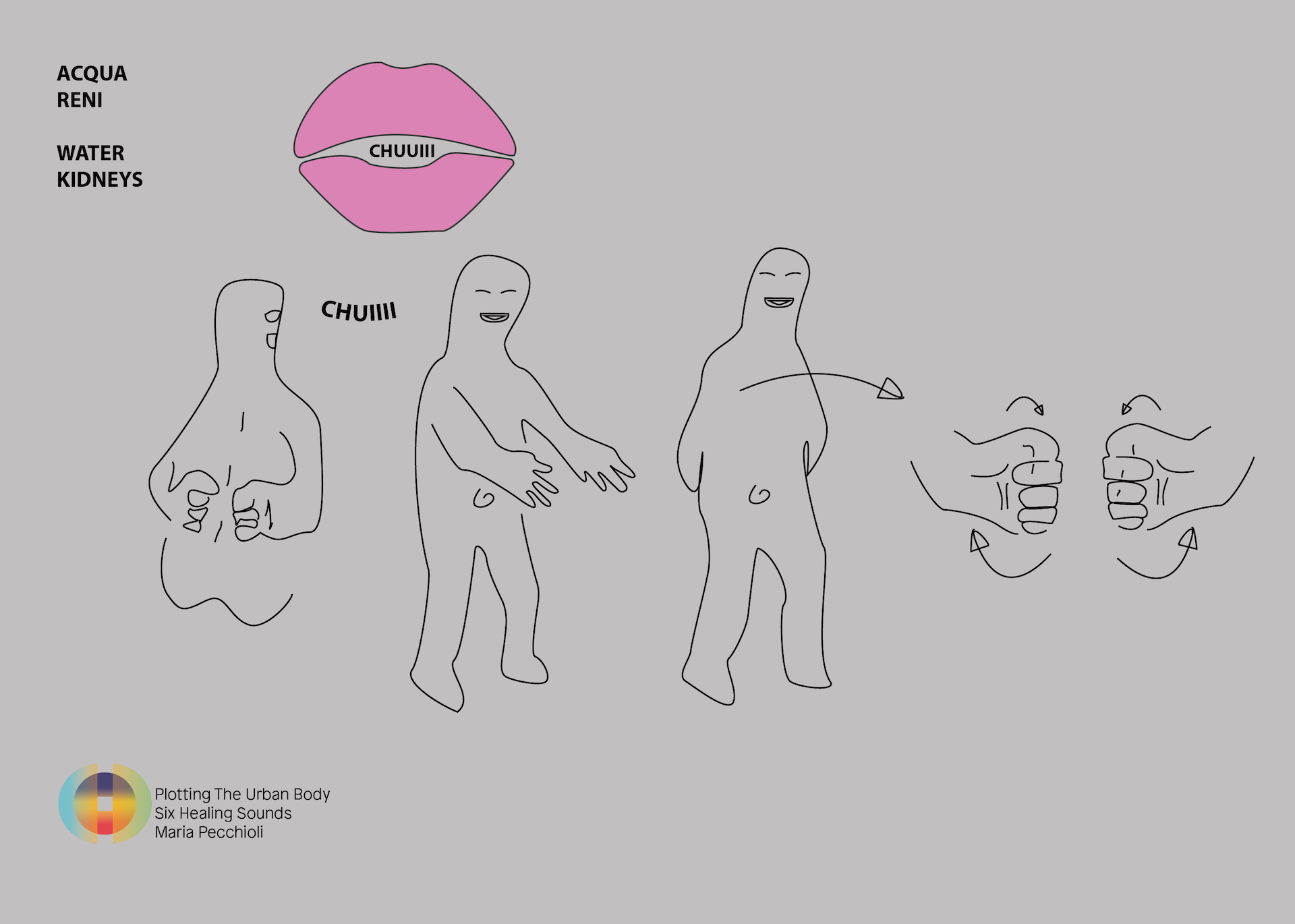 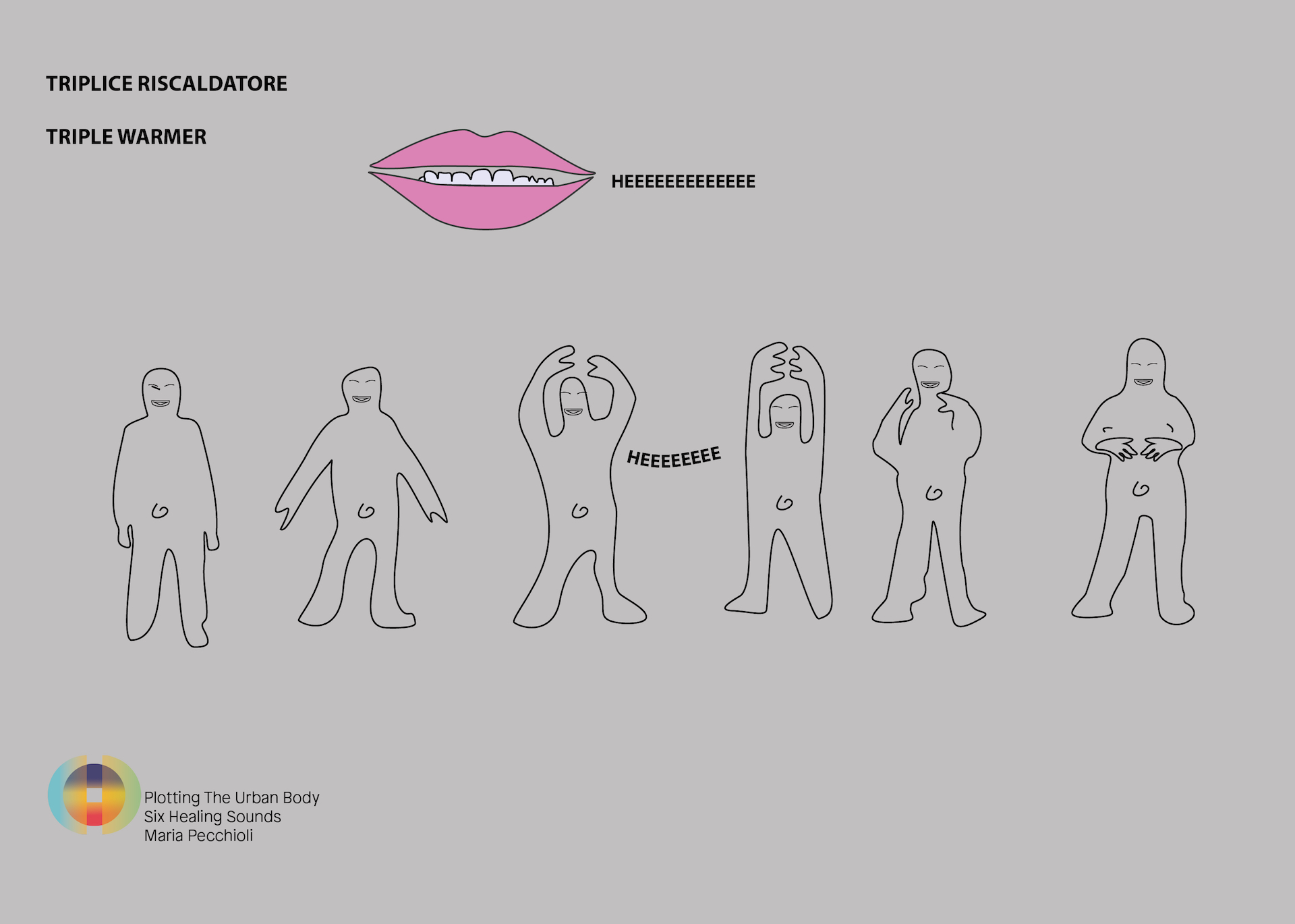