Beside other projects, Hernán Kerlleñevich started Personal Space during the residency in Vienna from December 2016 until February 2017.

Personal Space is presented as an interactive sound installation in which the sound sources are human musicians, who react subjectively with acoustic instruments to the locations of the public, based on proxemic relationships.

The term proxemics refers to the use and perception that humans have of their physical space, their personal intimacy. It describes the measurable distances between the individuals while they interact with each other, their postures and the existence or absence of physical contact.“ 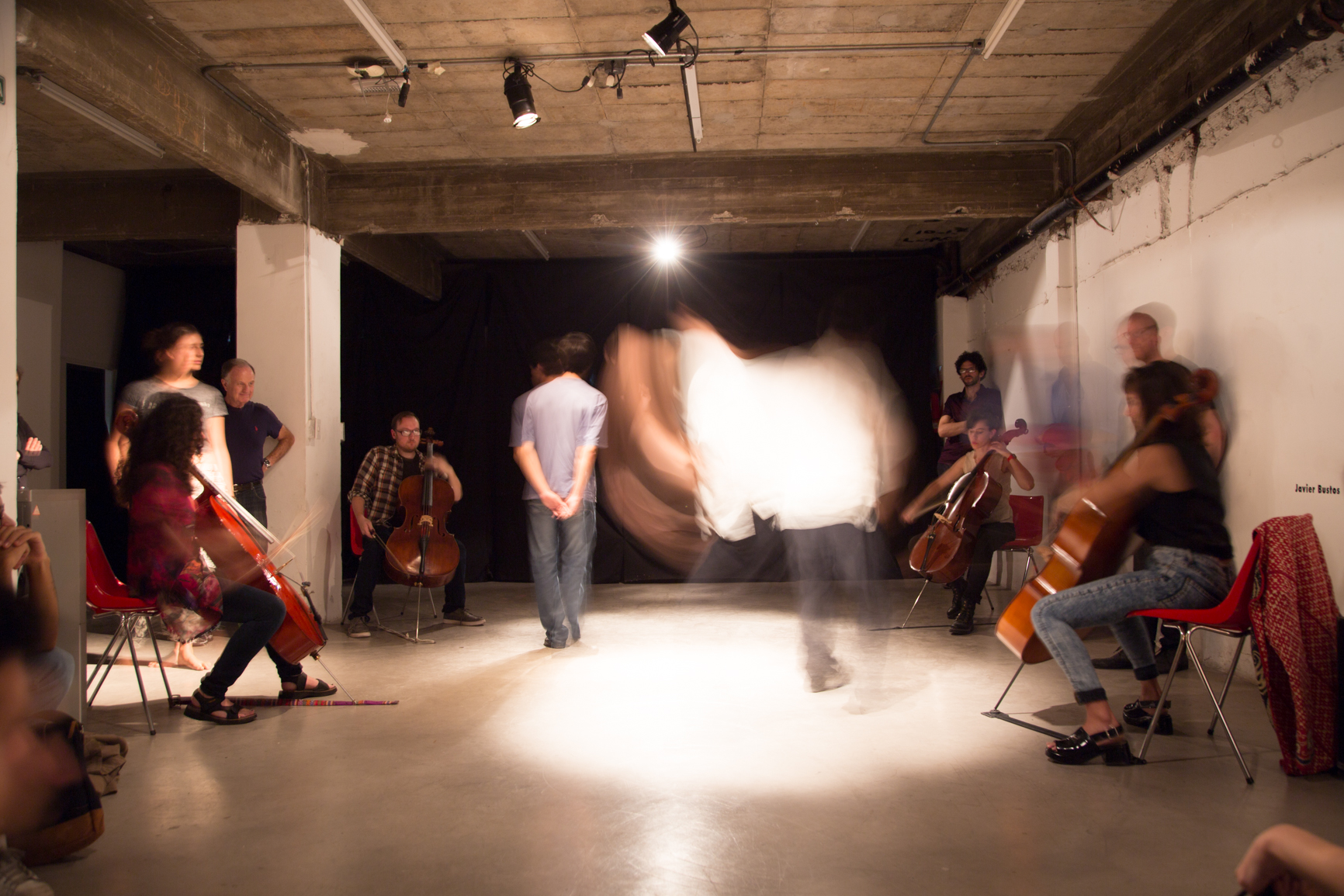 Hernán physically explaining his idea of a personal space. Photo credit: speisekammertag
seeking
Browse the website and click to create your personal playlist.