Born in Florence in 1931, Sylvano Bussotti is a multifaceted Twentieth Century flamboyant intellectual. As a composer – he was influenced by Webern’s twelve-tone music and later by John Cage – he initiated in Germany with his compositions performed by pianist David Tudor and then in Paris where Cathy Berberian was one of his most famous interpreters. He has served as the artistic director of La Fenice, Venice, he wrote several operas and novels, always dressing different shoes: poetry, literature, music and cinema.

We met him at the Cantieri Goldonetta where we ended up together with him, on a sofa, talking about Florence and his childhood.

The conversation is in Italian. 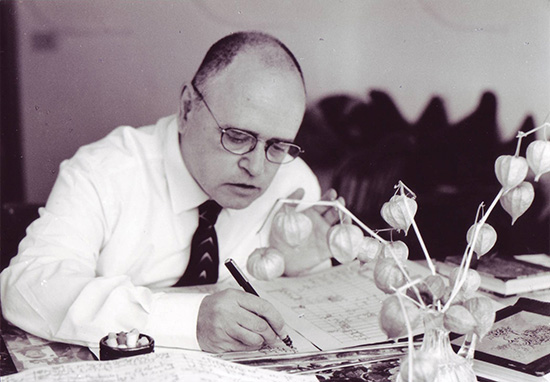 Born in Florence, Bussotti learned to play the violin as a child, becoming a prodigy. Later he studied at the Florence Conservatory (where he developed an opposition to modernism), with Luigi Dallapiccola and with Max Deutsch in Paris. As a composer he was influenced by the twelve-tone music of Webern and later John Cage. Examples of his use of graphic notation in his pieces, often reflecting his personal life, include Lorenzaccio and La passion selon Sade. He pursues other disciplines including painting, graphic art, and journalism.

Bussotti is also a well-known film director, actor, and singer. His uncle Tono Zancanaro and his older brother Renzo Bussotti strongly influenced his style in painting. He has written most of the librettos of his operas. As a writer, his style is considered one of the most refined among the Italian poets and novelists of the 20th century. French culture has fascinated him since he was a boy. His great friend Cathy Berberian (Luciano Berio's wife) was one of his most famous interpreters. He was, or is, well acquainted with writers and film directors Aldo Palazzeschi, Pier Paolo Pasolini, Derek Jarman, Elsa Morante, Alberto Moravia, Aldo Braibanti, Mario Zanzotto,Fabio Casadei Turroni, Dacia Maraini, and Umberto Eco. Derek Jarman was the director of his opera L'Ispirazione, first staged in Florence in 1988. Rara Film is his most celebrated underground film. The film, according to the author's instructions, should be performed, together with the score, which includes from seven to eleven players. The music of Rara Film is not a strict counterpoint of the film, flowing without any relation to the images.

He has served as the artistic director of La Fenice, Venice. As a personality he is notoriously flamboyant and occasionally shocking. He staged a high-profile resignation from the Venice Biennale in 1991 by bringing in a famous prostitute to give the keynote speech. Outspoken and openly gay, Bussotti expressed his sexuality in his music as early as 1958.