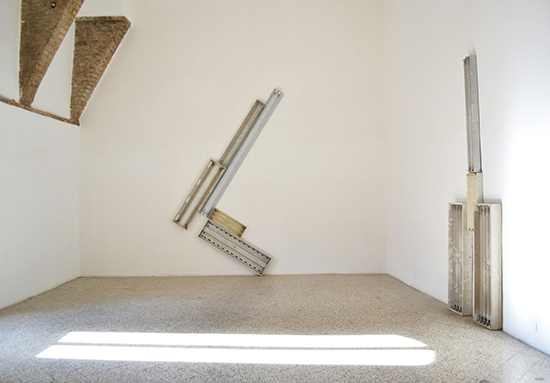 Stirr them gently with a pinch of cement and get ready for a subversive Brazilian punch: Marcelo Cidade.

In 1920 a grand building was designed by artist and architect Vladimir Tatlin as monument and home of the Third International: iron, glass, steel for a colossal tower meant to help Lenin's marxist propaganda, a real technological hub for the political avantgarde, a spiral that would have been taller than the Eiffel Tower.

In 2015, in San Gimignano, at the Galleria Continua's Arco dei Becci, Brazilian artist Marcelo Cidade closes the loop of an appropriational short circuit, presenting a new series of sculptures made from off the grid flourescent light fittings, recovered structures of abandoned buildings in São Paulo, charged with the memory of the deterioration of their original spaces and meaning. No more light, no more enlightment, just ruins. Of Dan Flavin's homage to Tatlin, what remains, it is a critical reflection on utopian failures, and on monuments' anachronism. 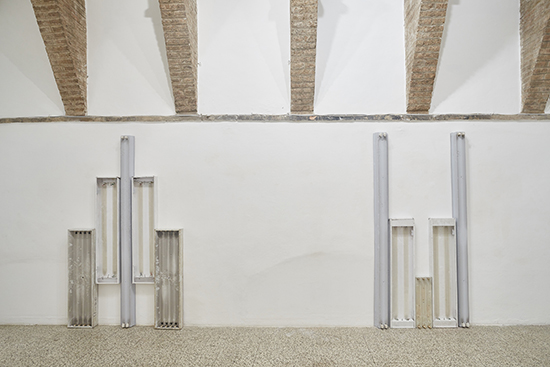 We met Cidade and we talked about Brazilian modernism in architecture and its epic fails - with the exception of just a few, like Lina Bo Bardi and Flavio de Carvalho - about his sense of riappropriation and subversive critique of cultural hegemonic models, about his poetic language made from mundane materials, like cement and felt, about him going in and out the studio, on the road. Where it might happen to meet Joseph Beuys smoking crack......

Marcelo Cidade was born in 1979 in Sa?o Paulo, where he currently lives and works. Through an often subversive and informal practice, Cidade questions the ideals of modernist architecture and appropriates urban spaces. Comparing established social relations and values, Cidade produces an “aesthetics of resistance,” creating works that express complex social conflicts and bring signs and situations from the street into spaces given over to art. One of his particular interests is the public space generated in urban areas and the technological flux of our surveillance society.