Italian artist Loris Cecchini has been invited to develop a site specif project in Santa Croce sull'Arno - one of the italian capitals of the tanning industry - and to work hand in hand with a local company - Superior S.p.a. - that masters the art and craft of leather. 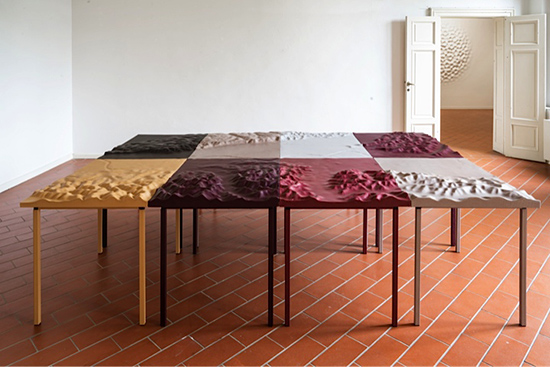 In Santa Croce sull'Arno he's been working at the edge between representation and perception, undermining the scientific exactitude of the map, depowering it, turning it into a memory platform, a suspended object of afunctionality.

The conversation is in Italian.